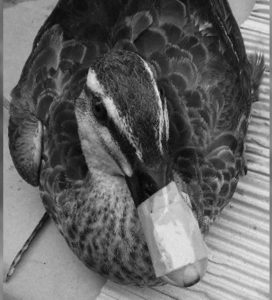 Last night, I saw the movie LadyBird. It’s a poignant film about the relationship between a critical mother and a vocal daughter (“LadyBird”) during the daughter’s senior year of high school.

Their outwardly volatile and contentious mother-daughter relationship is only depicted on-screen three times in the:

The rest of the movie depicts LadyBird’s progression through her senior year. That progression is shown through a series of seemingly disjointed snapshots of family and peer interactions.

I will not spoil the movie for those of you who haven’t seen it.

I will say, though, that every mom ought to see this movie.

Because it’s the perfect movie to note what moms do to dampen the song of their “LadyBird” daughters.

In the car ride scene, LadyBird and her mom are listening to and bonding over a recording that they both enjoy. When the recording ends, LadyBird reaches to switch the radio station. However, her mom quickly objects and spouts soundbite summaries of LadyBird’s past displeasing behaviors.

reminded LadyBird of her past mistakes.

In the frenetic chaos of car rides and carpools, it is sometimes hard to adjust to the way our daughters can “switch stations” so quickly. The switching can mess with a mom’s sense of and desire for stability. But it doesn’t mean that our daughter has done something wrong.

LadyBird’s mom was not able to make adjustments. And, she didn’t have the interpersonal tools to fix the rift that resulted.

The Bedroom: A Closed Door To Dreams

A daughter’s bedroom is her place of self-expression. It is her cocooned safe haven within which her dreams, ideas, and wishes are germinating so that one day they can provide air under her wings for flight.

A daughter’s bedroom is not the place for a mom to enter and, with no forewarning, close the door behind her for a one-sided maternal rant about the difficulties of adulthood.

LadyBird had a lot on her mind regarding her future departure from her mother’s nest. And, though her mom “felt some kinda way” about her daughter’s desires to “leave the nest,” the leaving is inevitable.

All birds eventually have to leave the nest—be separate & venture out. Their desire to fly is natural…instinctive. Mama birds know this desire to fly. They’ve lived it themselves and actively encourage it for their offspring.

LadyBird’s mom did not (fully) support

her daughter’s desire to fly.

Maternal fear can be an Achilles heel to a daughter’s dreams.

The Kitchen: Closed To Conversation

That didn’t happen for LadyBird in her mom’s kitchen.

In one particular scene, LadyBird goes from begging her mom to talk to her to blaming herself for her mom’s silence.

when faced with the reality of separation.

Unless your daughter aspires to be in the culinary arts, the kitchen is a place where a mom has the potential to (literally & metaphorically) feed her daughter. Remain open, willing, and waiting to engage in conversation with your daughter.

Though Maya Angelou’s caged bird found a way to sing despite its life hardships, LadyBird couldn’t sing in her mother-daughter relationship.

Learn how to help your daughter find ways to sing. Contact me.

Dr. Michelle Deering, Ed.D., is a Mother-Daughter Relationship Consultant, North Carolina-licensed clinical psychologist (LP, HSP-P), nationally board certified sport psychologist, best-selling author, and professional speaker. She is founder and CEO of Curative Connections LLC, a premier consulting firm in the Triangle Area of North Carolina that provides mother-daughter consultation and speaker services to moms, daughters (>18 years old), and organizations that service them. Her book, What Mothers Never Tell Their Daughters, will available in audio book format in the Spring 2019.